Xbox Game Pass Kanyon Mall Offline Activation
2022
In order to effectively promote the affordable Xbox Game Pass, PC and console games in this subscription service to a wider audience, an activation idea was implemented in accordance with the visual world and language of the brand. For this, an experience area where Xbox Series X|Ss are placed was designed in Kanyon AVM, one of the busiest locations in Istanbul. We attracted attention by highlighting Xbox Game Pass, one of the most played games in Turkey, Forza Horizon 5 with Ferrari 458 italia.

We used the official trailers from the games, our special desktop movie to show the future of Xbox Game Pass, and the information desks to direct the visitors to the sale. Popular content producers closely followed by our target audience also visited this area. 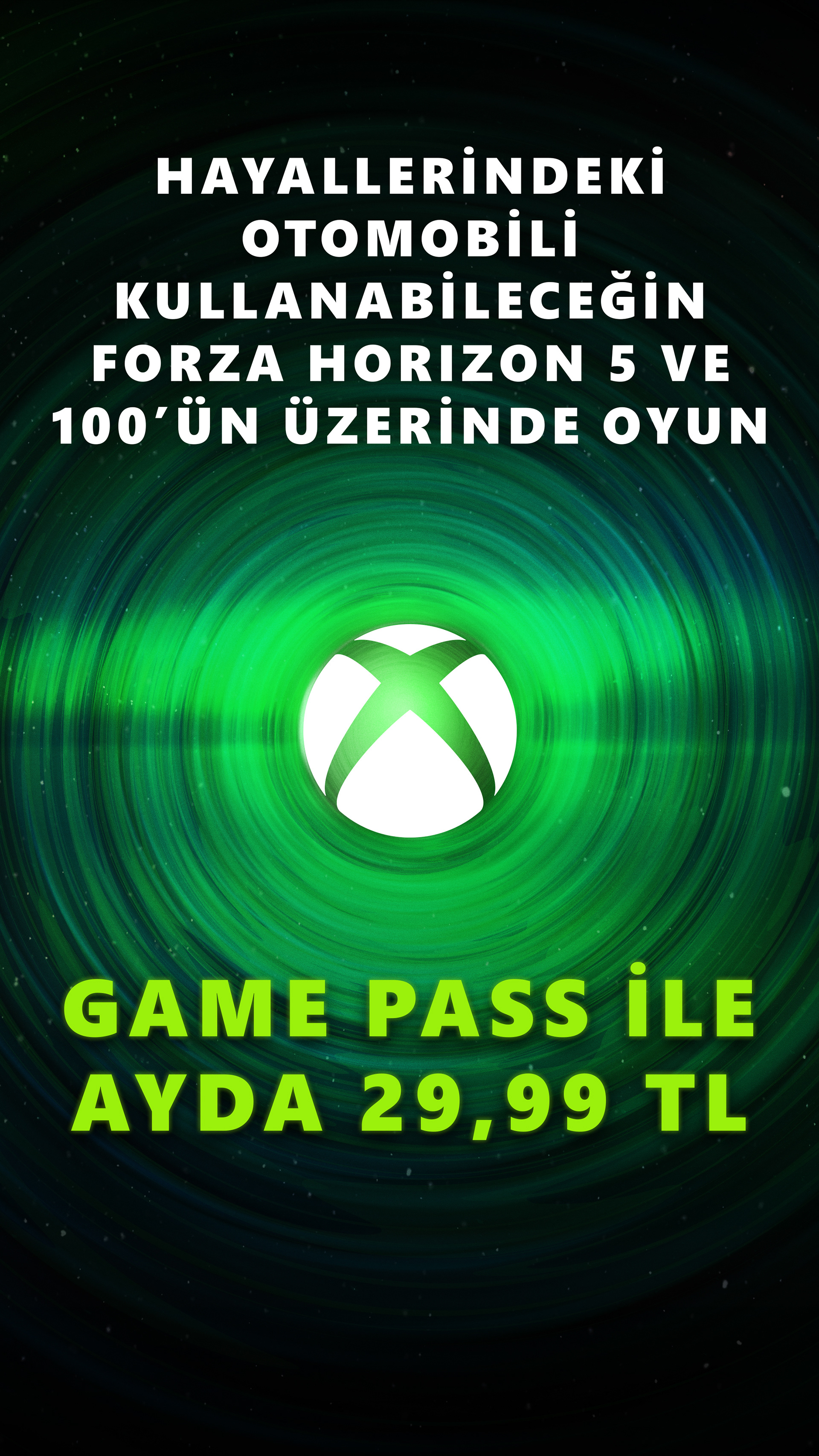 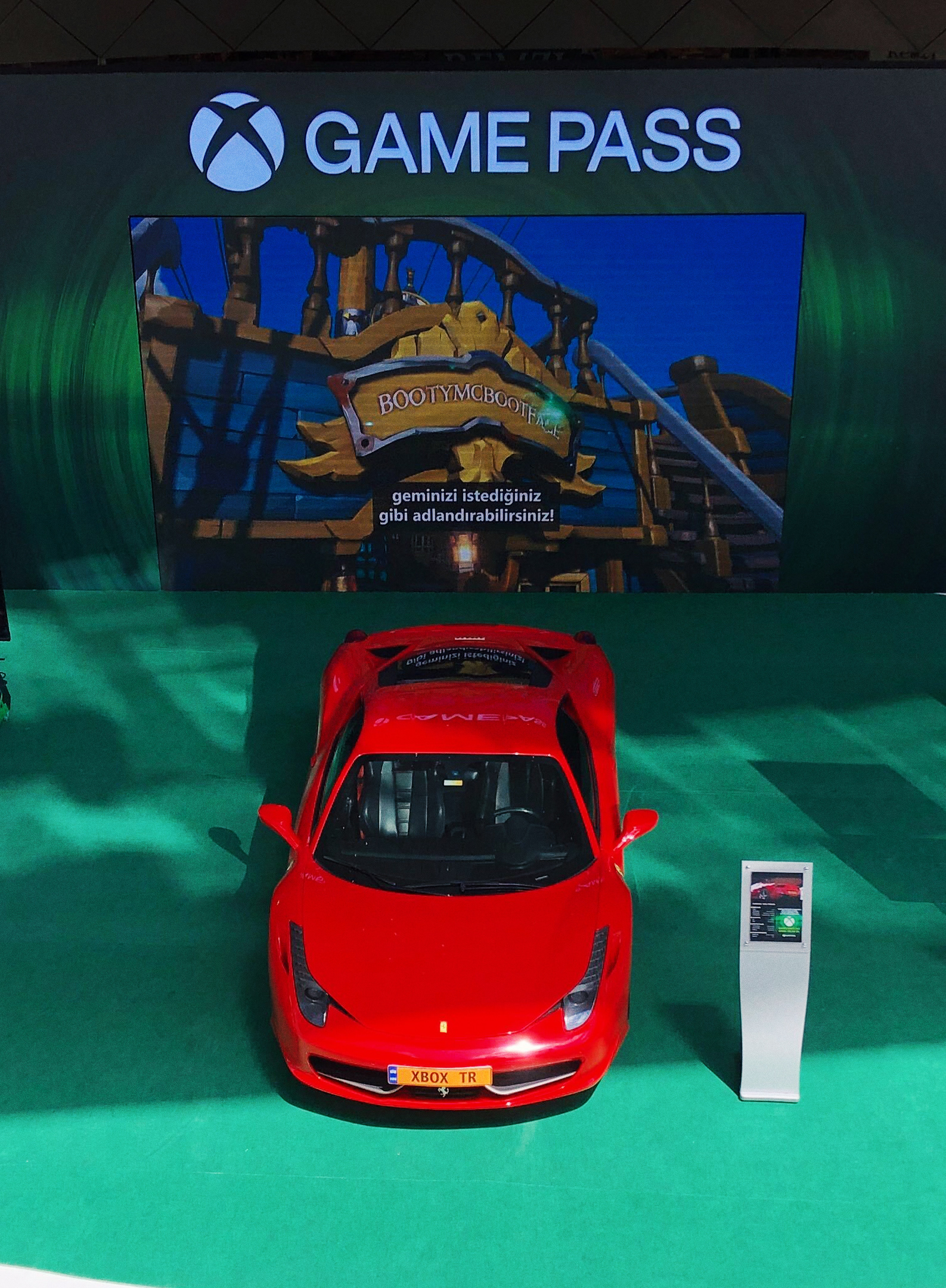 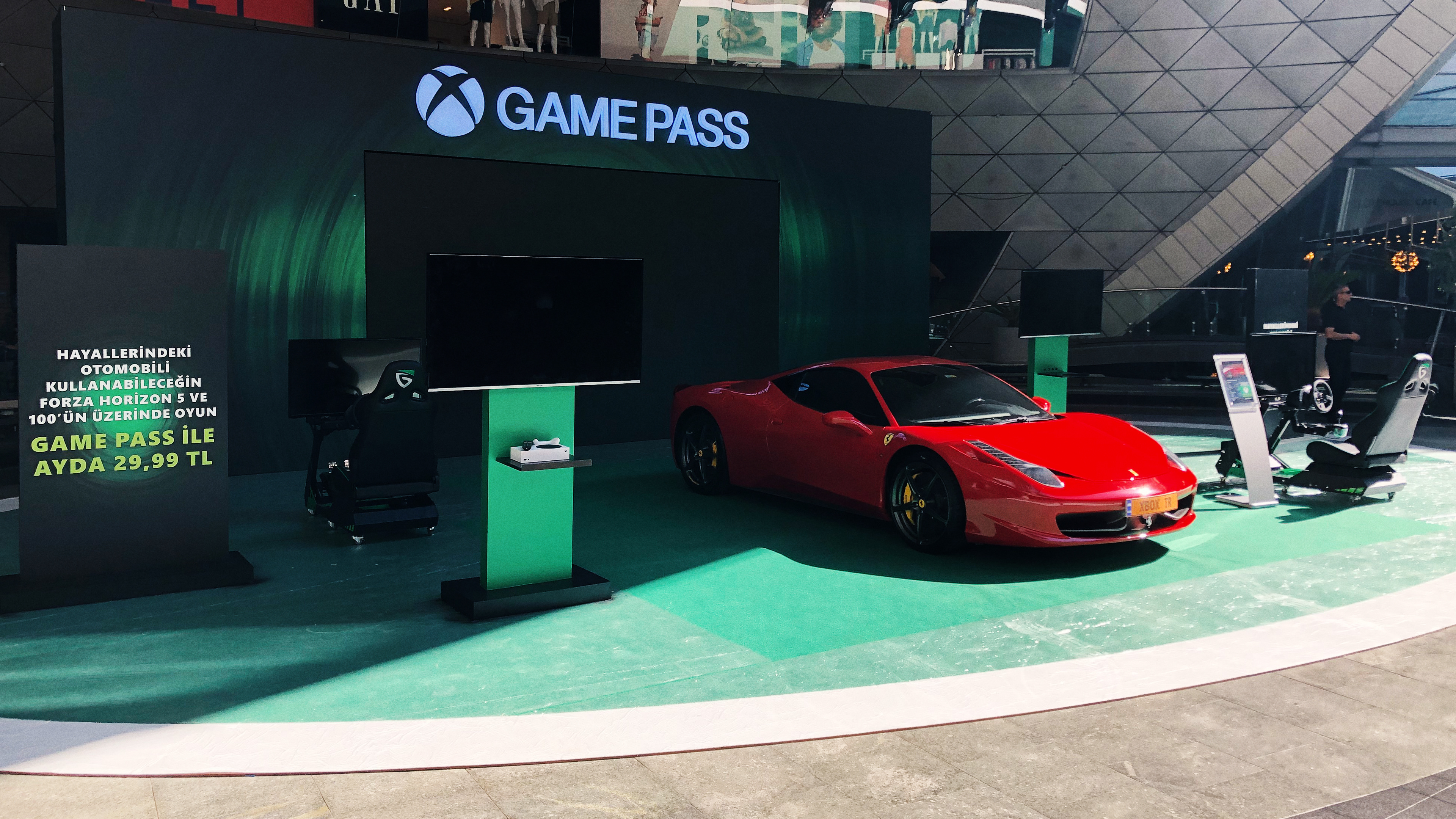